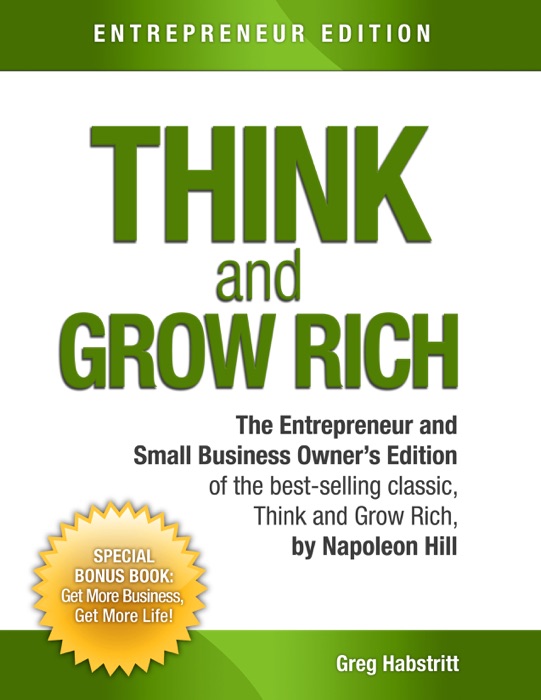 Think and Grow Rich is one of the most popular success book of all-time, having sold more than 60 million copies since it was first published more than 70 years ago.  It has created countless millionaires and success stories in those who have read it, and is the standard against which all other success and self-development books are measured.

Written by Napoleon Hill, Think and Grow Rich is the result of more than 500 interviews of America’s wealthiest and most successful business owners in the early part of the 20th century.  It took Hill 25 years to compile, research and ultimately create Think and Grow Rich, and it was Andrew Carnegie who gave Hill the assignment of creating this masterpiece.

Think and Grow Rich reveals the “13 steps to riches” that Hill identified in the extensive interviews he completed, and lays a plan of action out that anyone can follow to create success and prosperity in their life.
You’ll enjoy Hill’s original work in this updated and revised version, which includes an additional free bonus of the special report, “Get More Business, Get More Life!”  In this ground-breaking work, you’ll learn why most entrepreneurs are exhausted and on the path to failure – and what to do about it.