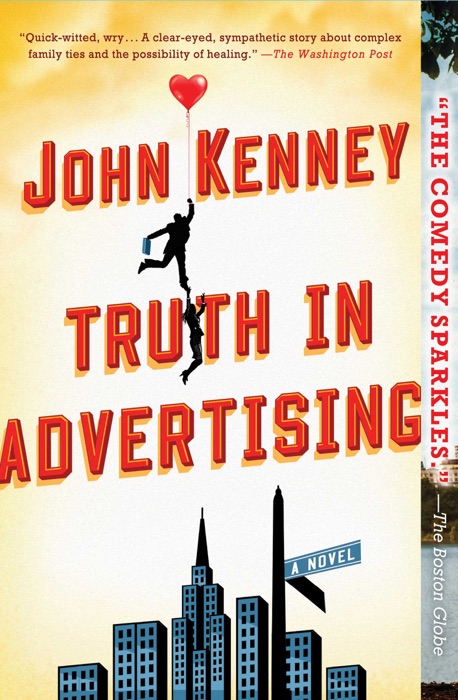 “F. Scott Fitzgerald said that there are no second acts in American lives. I have no idea what that means but I believe that in quoting him I appear far more intelligent than I am. I don’t know about second acts, but I do think we get second chances, fifth chances, eighteenth chances. Every day we get a fresh chance to live the way we want.”

FINBAR DOLAN is lost and lonely. Except he doesn’t know it. Despite escaping his blue-collar Boston upbringing to carve out a mildly successful career at a Madison Avenue ad agency, he’s a bit of a mess and closing in on forty. He’s recently called off a wedding. Now, a few days before Christmas, he’s forced to cancel a long-postponed vacation in order to write, produce, and edit a Super Bowl commercial for his diaper account in record time.

Fortunately, it gets worse. Fin learns that his long-estranged and once-abusive father has fallen ill. And that neither of his brothers or his sister intend to visit. It’s a wake-up call for Fin to reevaluate the choices he’s made, admit that he’s falling for his coworker Phoebe, question the importance of diapers in his life, and finally tell the truth about his past.

Truth in Advertising is debut novelist John Kenney’s wickedly funny, honest, at times sardonic, and ultimately moving story about the absurdity of corporate life, the complications of love, and the meaning of family.